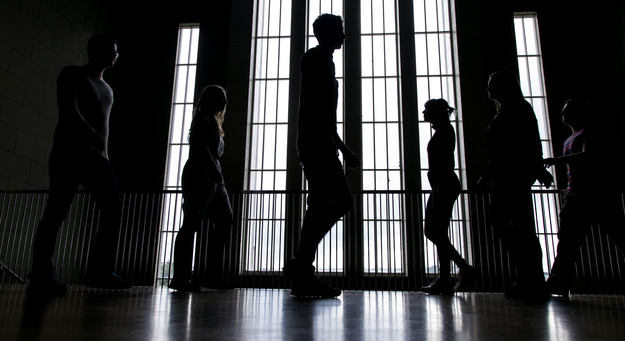 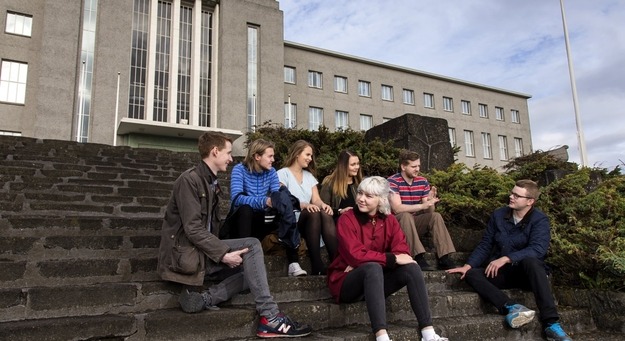 This course provides a comprehensive foundation in Arctic studies. The essentials are covered, such as defining the field; identifying key actors; providing a brief regional history; and exploring current drivers and trends (especially the role of climate change). Class visits to Arctic-relevant entities in Reykjavik will also be undertaken.

The aim of this course is to provide students with a thorough grounding in the overall field of Arctic studies, in order that they may progress to more focused coursework within that field. By bringing together academic knowledge of the field with practical experience at some of the main locations for Arctic-related activities in Iceland, the course demonstrates the important contribution Arctic studies make in the lived reality of Arctic affairs. The visit schedule is subject to change each year, but is likely to be drawn from the following list: the Ministry of Foreign Affairs; the Althingi; the Icelandic Coastguard; the Hofdi Peace Centre; the Arctic Circle Secretariat; relevant foreign diplomatic representation.

This course wil focus on two current topics in the international system – the rise of China and the collapse of Afghanistan. Each topic will take up about half of the semester, but students are required to participate in both topics in order to complete the course.

Afghanistan:
The course begins by building foundations by taking a brief look at the global political context and events that lead to the invasion of Afghanistan in October 2001. It will do so by outlining the foreign policy and political context needed to be able to analyse and look critically at how complicated (and according to many critics impossible) the mission was from the beginning. We look at the evolvement of the war and dive into different approaches of United States presidents and generals during the '20 one-year wars', depicted in the ever-changing policies. The second half of the course picks up at the peace negotiations between the Taliban and the US government in the autumn of 2018 and the agreement signed in February 2020. We study the agreement and the critique it received both at the time and during and after the withdrawal of the US and NATO forces to be able to analyse what went wrong.  The last two lectures will focus on the 100 days before the fall of Kabul on August 15th, 2021, the warning signs and aim to look retrospectively at what could have been done different and question if the catastrophe Afghans and the world witnessed those weeks in August could have been avoided. We close by looking at the 18 months since the fall of Afghanistan and try to imagine what could come next in the long history of conflict in Afghanistan.

China:
Students will gain an understanding of the foreign policy of China and how it has evolved since 1949. This includes a discussion on China's long-term goals and possible objectives, both regionally and internationally. Students will furthermore be introduced to the history and evolution of the state since 1949, including Chinese culture. This should provide the students with an enhanced understanding of possible motives behind China's policies which would result in a better analysis. Finally, we will explore how China's foreign policy is likely to develop in the future, i.e. it will keep its current ambition or undergo changes. And if so, how is it likely to change? What would be the causes (international or domestic factors, changes in the environment, other?), and what aspect of it is likely to change (motives or its objectives)? Upon finishing the course, students should feel confident in their understanding of China's foreign policies and should be able to identify objectives within the foreign policy.

This course examines the aims, interests, opportunities, and challenges of states, non-state actors, regional fora, and international organizations in a changing Arctic region. With a focus on policy, politics, and current issues, it analyses the contemporary dilemmas posed by Arctic governance, cooperation, and imaginaries of the region.

Building on the fundamentals taught in ‘Introduction to Arctic Studies’, this course investigates the Arctic policies of the ‘Arctic Eight’ states, as well as states located outside the region. Five of the ‘Arctic Eight’ are Nordic small states, and so this angle is also considered. The role and achievements of other relevant entities such as the Arctic Council, the Arctic Coast Guard Forum, NATO, the EU, and the UN is also analyzed. The course has an international focus and provides an in-depth examination of the major political contours in today’s Arctic

Issues and Debates in European Integration is a graduate course that addresses institutional, historical and theoretical aspects as well as contemporary issues and debates in the field of European integration. As part of the MA program in International Affairs, it is designed primarily for students who already have a basic command of the workings of the EU’s institutions and decision-making processes. While such basic knowledge of the EU political system is not strictly speaking a prerequisite for taking this course, students who lack such knowledge are strongly encouraged to read up on the basics prior to or at the very beginning of the semester. The course is divided into three parts and will cover (a) historical and institutional aspects of European integration, (b) the most important theoretical traditions in the field of European integration, and (c) contemporary issues and debates in European integration.

The aim of this course is to study the behavior and role of small states in Europe. The course deals with questions such as: What is a small state? Do small states behave differently from larger ones? And how influential are smaller states in international organizations? The course offers an introduction to the literature on the state, the international system and small-state studies. The main emphasis, however, is on the opportunities and constraints facing small states in Europe, i.e. how they are affected by and have responded to the process of European integration, globalization and other domestic and international challenges. Special attention is devoted to the Nordic states and their reactions to European integration. Another particular focus will be on Iceland's position - as a small state - in the international system: notably,. how Iceland is affected by and responding to the financial end economic crisis, and Iceland's approach to European integration.

The Power Potential of Small States in the European Union (STJ303M)

The aim of this course is to study the behavior of small states in the European Union (EU). The course deals with questions such as: How do small states work within the decision-making processes of the EU? Do small states behave differently from the large ones? To what extent are small states able to influence the day-to-day decision making of the Union; and have small states been able to influence new EU treaties? The main emphasis is on the power potential of small states within the EU, i.e. their potential influence within the Union. Their strength and weaknesses in a historical perspective, before and after the big enlargement and the Lisbon Treaty. Special attention will be paid to current affairs, the situation of the EU27 today, and on the utilization of soft power by the smaller states.

This course provides a comprehensive foundation in security studies. It examines concepts and theories relevant in the field, then considers approaches to, and practices of, security across different levels of analysis: individual, national, international, transnational, global and human.
The focus of security studies centres around questions of what, for whom, and how, is security. Answers to these questions vary according to what level of analysis is adopted, and which security domain is being discussed (eg political, military, economics, social, environmental, etc). The course explores these dimensions thoroughly, and then considers what they contribute to our practical knowledge and experiences of security.

The 2022 Small State Summer School is organized as part of the Erasmus+ strategic partnership project “Leadership in Small States”.
Clever leadership can transform a state’s smallness into an asset when promoting national and international interests at home and abroad. Good leadership skills are required to be able to practice the correct prioritization and tactical bargaining in international surroundings. Small states need to defend their interest in their key sectors and within these sectors they need to be able to show leadership initiative, offer clever solutions to problems while also wielding positive influence outwards. This can be achieved through consensus-forming, policy innovation and figure-heading external initiatives. It is thus vital for a small state to develop administrative competence in areas of key interest and provide leaders with the knowledge that will help them in taking the initiative when needed and drive forward coalitions in issues that the small state wants to move forward. Leadership skills are imperative to make this happen and secure successful diplomacy for a small state.

The course brings together leading scholars in the field of small state studies and leadership studies. Each leadership school will last for six days with five days of intensive programmes and a final exam on the last day.

Students from the University of Iceland should apply directly to the Centre for Small State Studies by sending a statement of purpose, a CV and a recent transcript no later than April 1, 2022 to ams@hi.is and toj@hi.is (please send to both emails). 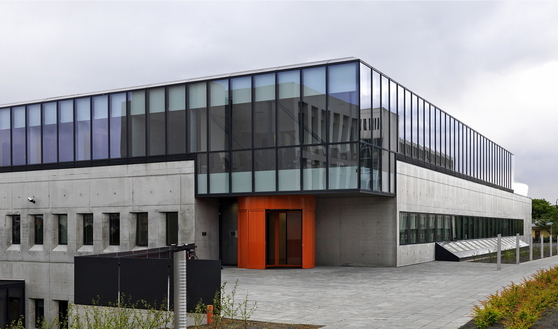