This lecture is based on data from several large surveys among international and domestic tourists in Norway during the summer seasons of 2010, 2011, 2012, 2016, 2017 and 2018 and 2019 (n > 13000), the present lecture highlights that, compared to land tourists, cruise tourists spend significantly less money at destinations than other tourists do (Larsen, Wolff, Marnburg & Øgaaard, 2013), they have lower Word of Mouth (WoM) propensity, and they have lower revisit intentions. Data also indicate that cruise tourists are less satisfied with the local port of call (Bergen) and the country (Norway) than other tourists are (Larsen & Wolff, 2016). In addition, cruise tourists who arguably bring crowding (“over tourism”) to destinations, are significantly less happy with over tourism than other tourists are, both at the destination and in the country. The experience of over tourism (either measured as a subjective experience or measured by an objective proxy) is in turn associated with lower WoM propensity, lower revisit intentions and lower satisfaction.

Combined with the knowledge that cruise tourism is the least sustainable of all types of tourism in terms of negative environmental impacts, the findings represent a strong indication that local and national tourism authorities should think carefully about attracting more cruise arrivals. A better strategy for sustainable development would be for such authorities to facilitate development of land tourism.

Experimental research on the effects of terrorism on risk perceptions has also shown which characteristics terrorism will need to have in order to cause large increases in the perceived risk of terror (Wolff & Larsen, 2017). Manipulating the terror characteristics of frequency and degree of organization, Wolff and Larsen (2017) arrived at a “taxonomy of terror” which shows that baseline risk perceptions are highest at destinations where terrorism fulfills both criteria, i.e. it is highly frequent, and it is organized. Changes in risk perceptions after terror attacks are also largest when the terror attack is carried out by an organization and hits a destination where terror is infrequent. Changes in risk perceptions are small to none when the attack is unorganized or hits a destination where terrorism is high in frequency. These findings are in line with prospect theory (Kahneman & Tversky, 1979) and the psychophysical principle of diminishing sensitivity (Fechner, 1860).

Accordingly, it is the relative, not the absolute, increase in number of attacks that is important. An increase from 0 to 1 attack looms larger than an increase from 100 to 101 attacks. But, when an attack is both unorganized and hits a destination where terror is infrequent, risk perceptions might decrease following the attack. This phenomenon is described by Wolff & Larsen (2014) and might be explained by a cognitive bias known as the gambler’s fallacy (“lightning does not strike twice in the same place”).

The present lecture will also present data on whether one can observe changes in perceived risk after terror attacks that are in line with predictions made by Wolff and Larsen’s (2017) taxonomy.  Cross-sectional, longitudinal data on perceived terrorism risk (N > 19.000) collected between 2004 and 2018 among tourists to Norway will be compared to objective data on type and frequency of terror attacks at various destinations (Global terrorism index 2017). 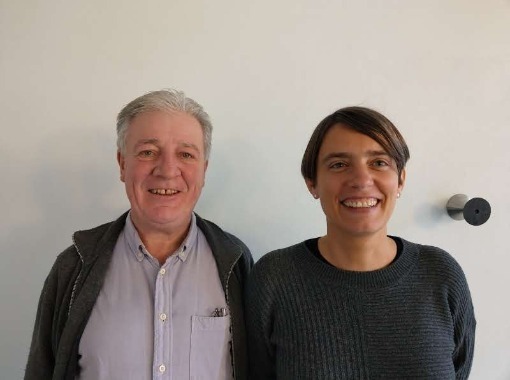