Gestafyrirlestur - Learning and inference for graphical and hierarchical models

In this talk I will describe a personal journey and variety of results on graphical and hierarchical models.  I will give a brief reminder about Belief Propagation (BP) and Gaussian models on undirected and directed graphs including a look at Gaussian BP on general undirected graphs, the close tie to inference on trees, and the crucial role that walk-summability plays in BP convergence for Gaussian models.

I’ll then turn to questions that began with an initial foray, with Albert Benveniste and Michelle Basseville and motivated by the then hot topic of wavelets, into the nature of multiresolution models on hierarchical trees, where the starting point is a model that synthesizes processes rather than the usual wavelet focus of analyzing (i.e. decomposing) a process.

Once our group removed the exclusive focus models on directed trees, we moved much more into the domain of graphical models as studied in AI.  In this context, I will then turn to the problem of learning models (on undirected trees) with latent nodes, i.e., where we allow ourselves to learn the structure of the index set on which variables (observed and hidden) live.

I’ll then describe several lines of research that move away from trees to more general graphical structures for Gaussian models including algorithms for models on graphs with small feedback vertex sets (both inference on and learning of such models) and a look at the problem of learning models with precision matrices that consist of two components, one sparse (corresponding to a sparse graph) and one low-rank.

Alan S. Willskyreceived his SB in 1969 and Ph.D. in 1973 from MIT’s Department of Aeronautics and Astronautics. In 1973 he joined the faculty of MIT’s Department of Electrical Engineering and Computer Science, continued full-time through June 2014 and continues now as Edwin Sibley Webster Professor (retired).

Dr. Willsky served in leadership roles and from 2009-2014 as Director of the Laboratory for Information and Decision Systems. He has held visiting positions at Imperial College London (1977), Universite de Paris-Sud (1980-1), and INRIA (1988).

He was a founder, member of the Board of Directors, and Chief Scientific Consultant of Alphatech, Inc. (where his work on statistical signal processing found applications in a variety of domains including multi-object tracking) and served for 4 years as a member of the US Air Force Scientific Advisory Board.

Dr. Willsky, an IEEE Life Fellow, has authored more than 220 journal papers and 375 conference papers, as well as two books, including the widely used undergraduate text Signals and Systems.  Prof. Willsky has received numerous awards, including the 1975 American Automatic Control Council Donald P. Eckman Award, the 1980 IEEE Browder J. Thompson Memorial Award and 1979 ASCE Alfred Noble Prize (both for a Proceedings of the IEEE paper on control-signal processing synergies), the 2004 IEEE Donald G. Fink Prize Paper Award (for a widely cited paper in the Proceedings of the IEEE that provided a survey and tutorial on multi-scale statistical models for signal and image processing), a number of other best paper awards, and an honorary doctorate from Université de Rennes.

Prof. Willsky’s early work on methods for failure detection in dynamic systems is still widely cited and used in practice, and his research on statistical and multiresolution and curve-evolution methods has found application in diverse fields including target tracking, computer vision, biomedical image analysis, oceanographic remote sensing, and groundwater hydrology. 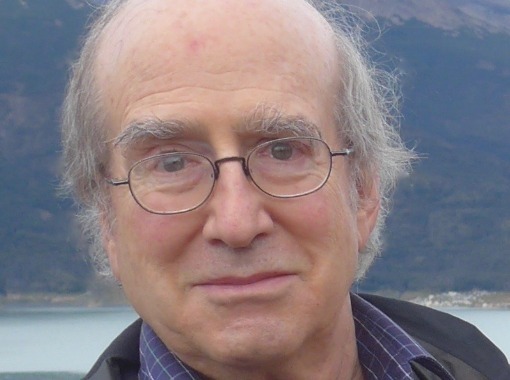